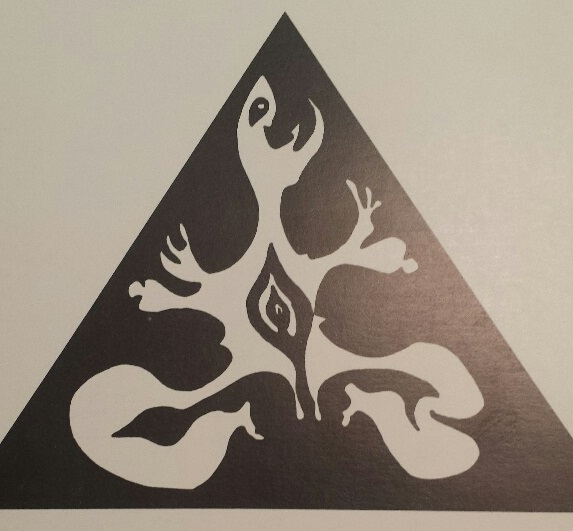 Sheila-Na-Gig, the Los Angeles-based print journal, launched in 1990, when    my co-founder Kristine Sanders and I were undergraduates at California State University, Long Beach. I went on to publish 14 volumes of the journal and three chapbooks through 2000. Sheila-Na-Gig featured over 400 poets nationwide and awarded over $2,000 in contest prizes. Los Angeles-based artist Charles Sherman donated the artwork for all of my print volumes. You’ll see some of these cover images on the website; just click the link in the captions to go to Charles’ website to see what he’s up to now.

My goal for Sheila-Na-Gig online is to continue to support the work of both established and emerging writers in a crisp, uncluttered space. See our Submissions links for guidelines. I look forward to reading your work and wish you the best for all your creative endeavors. — Hayley Mitchell Haugen (Grimmgirl@aol.com) 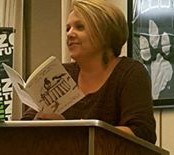 Founder and Editor in Chief of Sheila-Na-Gig online and Sheila-Na-Gig Editions, Hayley Mitchell Haugen holds a Ph.D. in 20th Century American Literature from Ohio University and an MFA in poetry from the University of Washington. She has assisted with the following journals in various capacities: The Seattle Review, Quarter After Eight, Hotel Amerika, and The New Ohio Review. She is currently Professor of English at Ohio University Southern, where she teaches courses in composition, American literature, and creative writing. Her poetry chapbook What the Grimm Girl Looks Forward To appears from Finishing Line Press (2016), and her full-length collection Light & Shadow, Shadow & Light is from Main Street Rag Publishing Company (2018). Her chapbook The Blue Wife Poems is forthcoming from Kelsay in 2022. Her poems have appeared in Rattle, Slant, Spillway, Chiron Review, and many other journals in print and online. Her critical work appears in the anthologies The Body in Medical Culture; On the Literary Nonfiction of Nancy Mairs; Stephen King’s Contemporary Classics: Reflections on the Modern Master of Horror; The Modern Stephen King Canon: Beyond Horror; and The Many Lives of It: Essays on the Stephen King Horror Franchise.

Barbara Sabol is the editor of Sheila-Na-Gig Editions’ poetry anthology, Sharing This Delicate Bread: Selections from Sheila-Na-Gig online (2016-2021). Her own collection, Imagine A Town, won Sheila-Na-Gig Editions’ 2019 manuscript contest. She is also the author of the poetry collection, Solitary Spin (Main Street Rag Publishing), and two chapbooks, The Distance Between Blues (Finishing Line Press) and Original Ruse (Accents Publishing). Her work has appeared widely in journals, including The Comstock Review, San Pedro River Review, Literary Accents, Akitsu, Presence, and in a number of anthologies. Barbara’s awards include an Individual Excellence Award from the Ohio Arts Council and the Mary Jean Irion Poetry Prize. She has been nominated for two Pushcart Prizes. Barbara received an MFA from Spalding University. She contributes poetry book reviews for the Poetry Matters blog. Barbara is a speech therapist who lives in Akron, OH with her husband and wonder dogs.

Sheila-Na-Gig Editions is delighted to welcome John Bullock as editor of our new Short Fiction Anthology Series. John earned an MA in English from the University of Akron and an MFA in fiction writing from the University of Virginia. He has a wide range of journal and editing experience, as a fiction writer, English professor, and editor of various literary, cultural, and medical publications. John was managing editor of New Ohio Review for eight years, responsible for content, layout, line editing, and proofreading, as well as overseeing all design, print, and distribution processes. His short stories have appeared in the Antioch Review, Fifth Wednesday, Laurel Review, Prague Review, Clackamas Literary Review, and the anthology Open Windows III. His novel, Mark Small: This is Your Life, was published by Sheila-Na-Gig Editions in 2020.