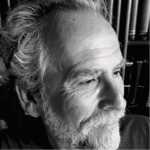 This entry was posted on May 28, 2019 by Grimmgirl in Sheila-Na-Gig online: News.