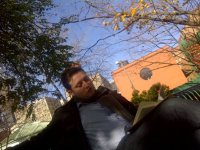 Phill Provance of Woodstock, Illinois has won Sheila-Na-Gig online’s Fall 2017 Poetry Contest. His poems, “Hours,” “My Old Man,” and “Given the Day” will appear in the upcoming fall issue.

This entry was posted on August 29, 2017 by Grimmgirl in Sheila-Na-Gig online: News.