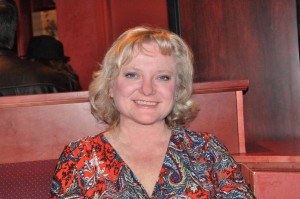 Caroline Misner was born in a country that at the time was known as Czechoslovakia.  She immigrated to Canada in the summer of 1969.  Her work has appeared in numerous consumer and literary journals in Canada, the USA, India and the UK.  Her work has been nominated for the prestigious McClelland Steward Journey Prize as well as the Pushcart Prize.  Her YA fantasy novel The Daughters of Eldox, Book 1: The Alicorn (Whiskey Creek Press) has been released to rave reviews. Her next novel entitled The Daughters of Eldox, Book 2: The Other was published in the spring of 2016.

Gold in the Moment

I’ve been away too long—
so I arrive at twilight
into the scent of unspooled air;
the books by the mantle
are damp from disuse and longing.

The insects that mangled us
just three brief weeks ago
have left in the wake of a sudden chill.
Even the stars are sluggish,
coming out from behind a shaggy cloud.

It has always been the mad who
create the quietest works of art.
Some hand draped a tapestry across
the hills. They seem so unfamiliar now;
in their clownish plenitude.

Geese flap solemnly to their destinations
like refugees, comfortless and sober,
spearing the still air with their beaks,
amber sickens the gossamer plush of trees,
silent in the long failing light.

There is the bridge you sat on as a child,
with legs clad in glossy rubber boots
that skimmed the churning water,
tripping over its gauntlet of stones.

You waved a twig like an orchestra leader
conducting his band; poor baton
dancing to the music of the creek,
dreaming of purer altitudes.

Like plumes on the moon, the bridge
is furred in a duvet of green-silver moss;
it bows beneath our weight, we’d fall in
if we tried to cross it now.

Weeds tangle like hair from bank to bank;
they weave a basketwork of bridges
so small only the insects can cross.
One breath flakes the leaves from the trees.

They bob like upturned boats on mud
thick with remorse and irony,
rusty treasures that take their time
straggling into the bulrush pickets.

The Nature of Snow

The wind bore through the cloth of my coat,
casting glass missiles through its scant armour,
but such is the nature of snow.
It was a hand-me-down from my mother
who had lost weight and gloated
that her clothes didn’t fit her anymore,
but I was just plump enough to don it,
and besides, I had nothing warmer to wear.

The snow gathered in piles of white plush
against my eyes and cheekbones and nose,
soaked my hat and we dipped our heads
into the gusts; the snow glazing your
curly black hair like sugared lace.

No use, we said, to wait
for the bus, we could easily walk
the distance; it would be faster and easier
to slog along the crusty sidewalks
and it would spare us the ordeal
of the surly driver with his cocked back cap
as he struggled with the wheel, and the reek
of snow-soaked bodies, weary
from the day’s work and the grey saline slush
that seeped through the cracks in our boots
as it melted into the grooves of the rubber mats.

No, we said, we’d rather walk;
we’d make much better time
than the humpbacked cars caught in drifts
that had slid across the laneways and intersections,
their windows dusky from fog-blasted heat
and the air inside them dry and pungent.

I would have preferred the white-washed ruin
of the afternoon than what awaited me at home.
I preferred your warm companionship, discussing
books in the aluminium bus shelter, than to
the loathsome drunk splayed on the couch at home,
waking just often enough to tell me
what I was doing wrong, to tell me
how I ruined his life the day he married my mom.
But it was he who’d ruined my life,
plucking me like an orchid from
my garden of familiars.

How I loathed his drinking, dunking
his bland soul in a bottle of glitters
he kept hidden under his pillow,
believing we’d never know,
while outside the snow beat and bunched
in the corners of his windows.

And we, Sharon, were caught
in that bubble of whiteness.
I thought if I died that day
it would quiet the sky.
But no such luck, with you, Sharon,
a stranger and a friend.