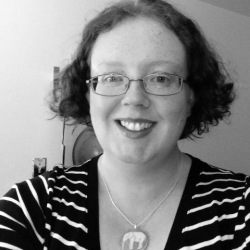 I live in Arlington, VA with my husband and two sons. Some of my publication credits include the Denver Quarterly, Court Green, BlazeVOX, Bluestem, Tinderbox, Hermeneutic Chaos, Stirring, Melancholy Hyperbole, and Flapperhouse. I am the author of the chapbooks What Becomes Within (ELJ Publications 2014) and The Heart Factory (Black Cat Moon Press, 2016). My website is sarahlilius.com.

We were little girls, never seen
the ocean or a boy cry, never
seen the parts that would make us
mothers. Small secrets, we’d act
out scenes, we were birds, tiny chickadees
until unable to fly. Your cockatiel
landed on my scalp, now I always
duck when wings are present.
M, you were the sister I wanted,
even though I had an older,
You, an anchor to the village
we called home. Milan, Illinois,
nowhere near Italy,
nowhere diversity blossomed.
I kept secrets from you,
stones I held in my
extremities, cold as November.
Hands, feet cramped, months
of holding lead to pain.
Mornings, my disease grew
from what he did, we drove to
school, tired as buttons,
used over and over, a shirt
I threw out, long ago.

We wait for Santa on the Fairlington fire truck
with new neighbors from South America.
70 degrees, a California Christmas
in Virginia, normally we wrap
in coats, complain of 40 degrees.

The red suit on red truck, sirens blare
as he rides down the street with slow purpose.
Santa is a man who’s heart beats year
after year, magic in his arteries,
children believe, take the stories

and lock them away so we might imagine
later the beat beat beating against
a lead heart-shaped box, a place to put a stalled
organ when magic stops pumping.
We know the heart is a symbol,

love dug and harvested on a face, my son waves
to the stranger, probably hot, weary in his outfit.
To be three again, the smallness
contracts the largest moments,
his growing heart.